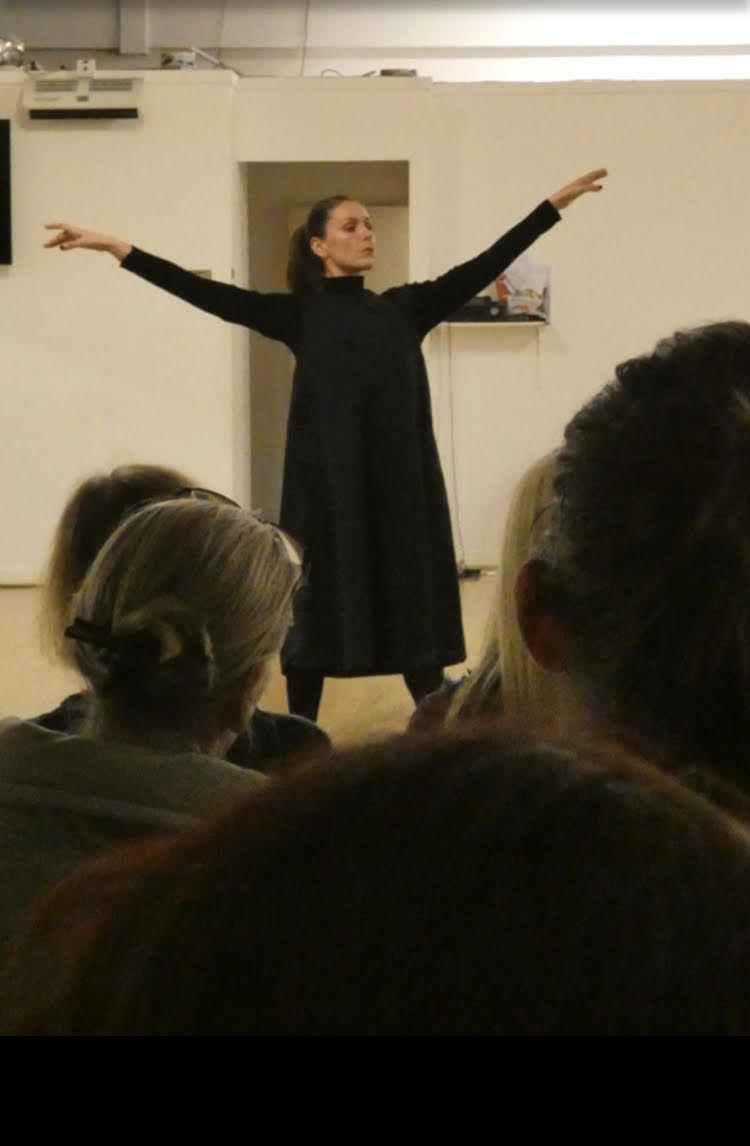 ‘’Moloney’’ is a Research & Develop project for a new solo dance, for camera, as a study of Glin’s final HarborMaster, Margaret Moloney.

“Moloney continues my exploration of historical and artificial perspectives through the use of storytelling techniques and place-based narrative for dance.”

“The Ambassadors’’ is a video prologue to a trilogy of dance works and It is based on an historical event of 449 AD and explores central themes around the disorientation relative to power, expectation, & patriotism. The aim is to research into our contemporary relationship to changing national power, personal knowledge, and individual morality. Anticipating the loss of Roman hegemony and the decline of empire, the characters embody shifting attitudes toward negotiation, diplomacy & social/political norms.

“Two Piers” (2020)
“Two Piers” is a contemporary dance solo currently in development – a workshop showing was planned for Spring 2020.
Collaborators include: Angie Smalis (creation/performance) Colin Gee (creation), John Hogan (narration), Giordana Giache (costume design), Martin Shannon (stage design), and Patrick Kelley (3D modeling/cartography).
Mentors include: Dr. Adrienne Brown and Dr. Sabine Egger.
Due to the Covid-19 pandemic, all collaborators and mentors have been working remotely. This video documents the work thus far.
Two Piers is intended for a live audience and we look forward to sharing it with you as soon as that’s possible.
Funded by the Arts Council and Limerick Culture and Arts Office and supported by Dance Limerick, Limerick Youth Theatre and Wicklow Screendance Laboratory.
“Two Piers” (2019)

A new solo dance piece based on the work of 19th-century Irish travel writer, Katherine Wilmot. Katherine responds to the voice of her brother (as she imagines him), heard reading the letters received from her, describing her travels. “Two Piers” unfolds as she responds to the events described in the letters, and to the attitudes she’s surprised to find she had, as she wrote them.

Drawing from Wilmot’s “An Irish Peer on the Continent” (1801-03), “Two Piers” is a journey through a growing self-awareness, as a series of impressions are described, responded to, and left behind. I’m interested in the value of conscience, in her struggle against the anxieties caused by cultural differences.

‘’Two Piers’’ hopes to illuminate something about the principles that guide the development of our social conscience — describing the social conditions of others is a way of looking deeper at our own values. 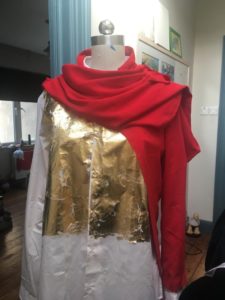 ‘John’s Query’ is a staged work and a video series for three dancers set in Limerick’s St. John’s Square, exploring 1) our changing notion of the public square as both a location and a network, 2) mistranslations, and 3) the pursuit of shared perspective. Ultimately, ‘’John’s Query’’ is about pursuit of (and sympathy for) the perspective from which the other can be understood, through humour, grace, longing, and melancholy. This dance piece proposes a path for a return to narrative in dance and character-based work, and addresses a distinct disciplinary opportunity to engage with a new kind of storytelling within dance. Funded by the Arts Council’s/An Chomhairle Ealaíon Dance Project Award and Limerick City and County Arts Office, supported by Dance Limerick, Firkin Crane, Limerick City Gallery of Art and Project Arts Centre, in collaboration with American Artist Colin Gee and Irish/London based Artist Mark Carberry.

“Madeline,” is a new character-based dance work, and video series, for three dancers, four musicians, and one actor, based on a 1798 Irish Gothic novel of the same name by Regina Maria Roche. Comprised of fifteen danced scenes, each portraying an event from the original story and featuring a musical theme performed live by Limerick Jazz Society, “Madeline” uses dance to develop a unique perspective on a current, urgent social theme also found at the centre of the novel ⎯ a woman’s fear for her physical safety. Funded by the Arts Council’s/An Chomhairle Ealaíon Dance Project Award and Limerick City and County Arts Office, supported by Nenagh Arts Centre, Ormston House, Smock Alley Theatre and Limerick Youth Theatre, in collaboration with American Artist Colin Gee, French/Bristol based Laura Dannequin and Limerick Jazz Ensemble.

Is an interdisciplinary performance piece using the tools of theatre, dance and music to explore the 4 natural design differences between a woman and a man.
Processing/Chemistry/Structure/Thought.
The back left corner of a warehouse in the Limerick City Build is turned into a representation of a glass box / boxing ring and the audience are invited to witness what is to happen once a woman (Angie Smalis) and a man (Kevin Kiely Jnr.) decide to be inside this space and inside the music (Scored by Paddy Mulcahy).

“They Go Out in Joy” was premiered at Abrons Arts Centre in New York as part of Travelogues series. The photographs were taken just before each person’s departure from Cobh, Ireland, (the major port of Irish emigration) in the 1920s. The 114 individuals on whom the videos are based are featured in a collection of portrait photographs held in the private collection of a Cobh resident, whose parents operated a boarding house where the emigrants stayed just prior to their departure, and according to long tradition each left their photo with the proprietors. All the background locations featured in the videos show Cobh itself, filmed in residence there at Sirius Art Centre in 2013. Funded by the Arts Council’s Bursary Award and supported by Dance Limerick, in collaboration with American Artist Colin Gee.

A dance work for online video and live performance is derived from the 15th century fragmentary Netherlandish tapestry, Honor making a Chaplet of Roses, in the collection of the Metropolitan Museum of Art. The tapestry features an allegory of courtly love, depicted through the simultaneous action of four characters. Created in Limerick, the project seeks to explore a contemporary interpretation of a courtly love allegory as a notion of individual and community morality, by framing shifts between public and private life. Funded by the Arts Council’s Dance Project Award and supported by Dance Limerick, in collaboration with American Artist Colin Gee. The video series was awarded Outstanding Irish work at Light Moves Festival of Screen Dance (2015) and it will be presented at Abrons Arts Centre, in New York, as part of Travelogues series (2016).

This film explores the spatial boundaries established by the film frame and the depth of field of the lens. It was shot with a special dual camera rig that allowed two simultaneous recordings of the same dance, using super-fast lenses. Funded by the Arts Council/An Chomhairle Ealaíon supported by Limerick Arts Office, in collaboration with Canadian Multidisciplinary Artist Robin Parmar.

An advanced interactive dance performance environment incorporating dance, music and visuals. The composer designs an interactive music system, which allows the dancer’s movements to generate and control all of the sonic, as well as the visual dimensions of the work. The music of the piece is produced by tracking the dancer’s bone structure, movements and dance patterns in a limited three-dimensional space with the aid of a Kinect sensor. Tension resonates, as the unbounded gestures of the dancer interact with the confines of the bounded space, producing a fluid sound world that is mutated by the dance, while challenging the dancer to negotiate its possibilities and constraints.
Funded by the Arts Council/An Chomhairle Ealaíon, supported by Limerick Arts Office, in collaboration with Irish composer Enda Grennan.